It is with sadness we have heard of the death of Alan Willmott. WNCC had a long association with Alan presenting, with Andrew Youdell, Big Screen Steam for 25 years. This started as a joint production with Woking Borough Council to celebrate the 150th anniversary of the railway coming to Woking 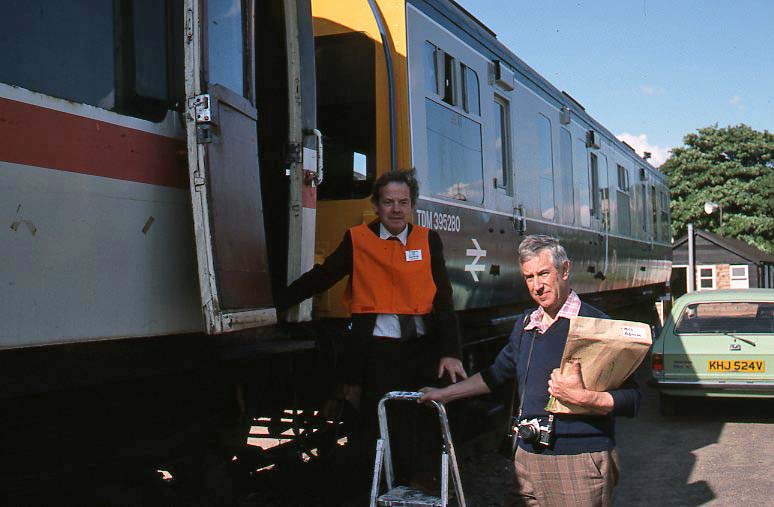 Alan Willmott with his cinema coach at the Woking 150 railway centenary in 1988 with Club Chairman at that time, Tony Rozelaar

Alan front centre at a presentation in 1996.
The local paper reported -"There was a line-up, of illustrious railway celebrities at the Woking Borough Council and the New Cinema Club's presentation of steam railways films at Goldwater Lodge, Goldsworth Park last week who gave talks and introduced films that were show. From left, historian Andrew Youdell from the British Film Institute; John Huntley, film historian, Alan Willmott, film maker on preservation of railways and presenter of documentaries; Alan Pegler, owner of Flying Scotsman from 1963 to 1973; Bob Innes-trustee of the Isle of Wight Film Archives and restorer of films; Charles Everest, retired BBC camera man, who made one of the film which was shown, pictured with John Myall and John Bellion, Woking's New Cinema Club projectionists."
. 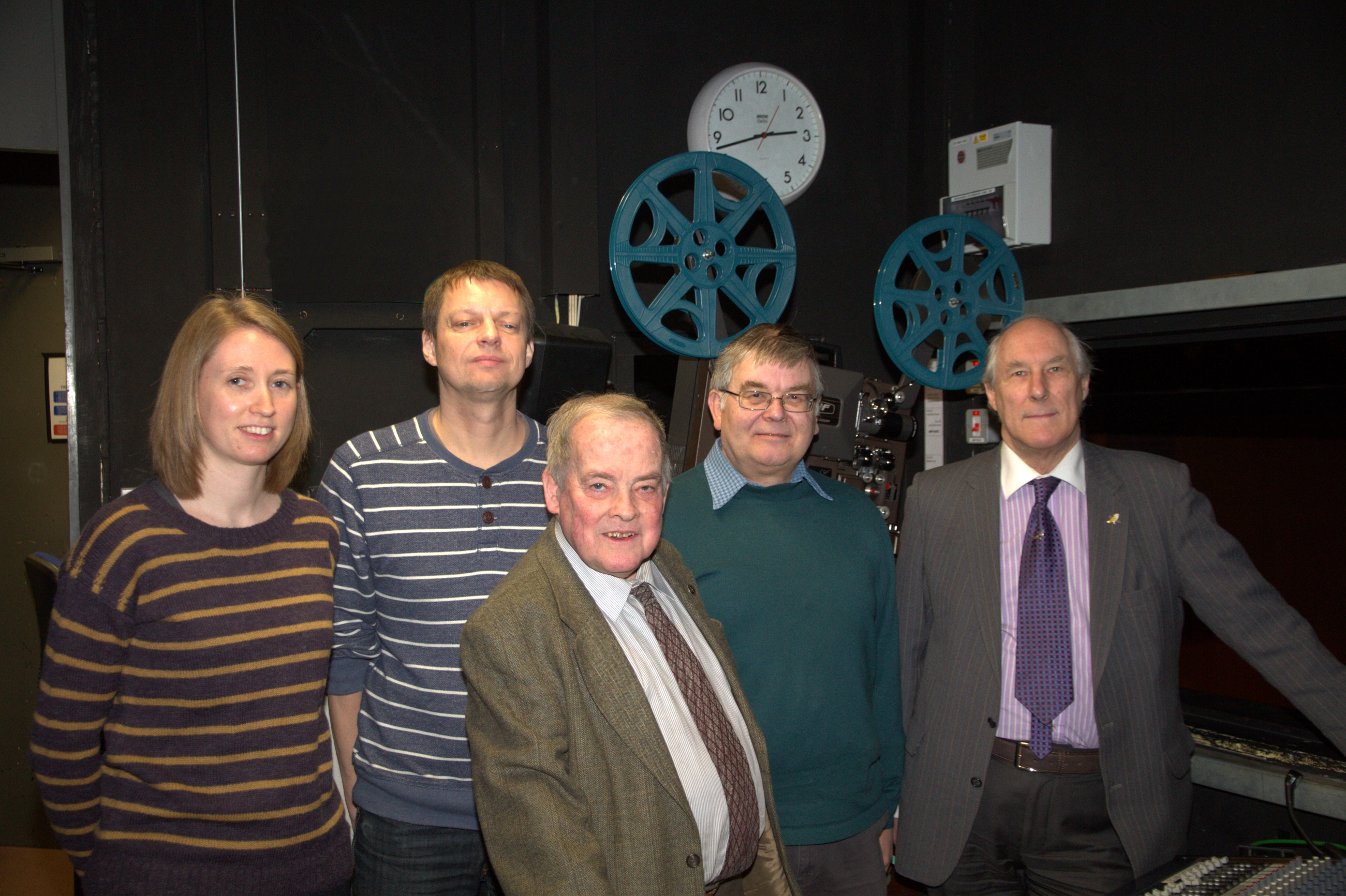